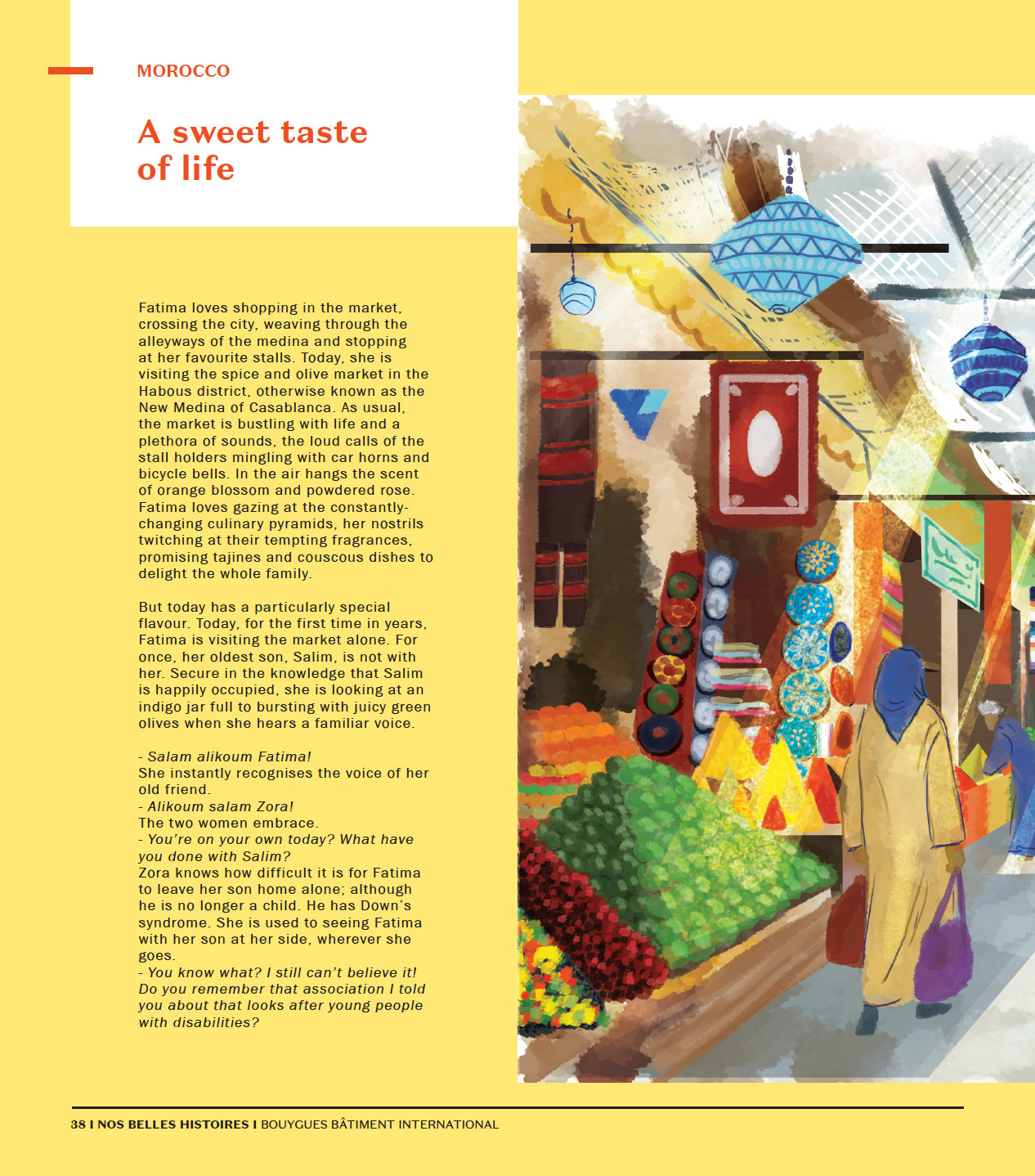 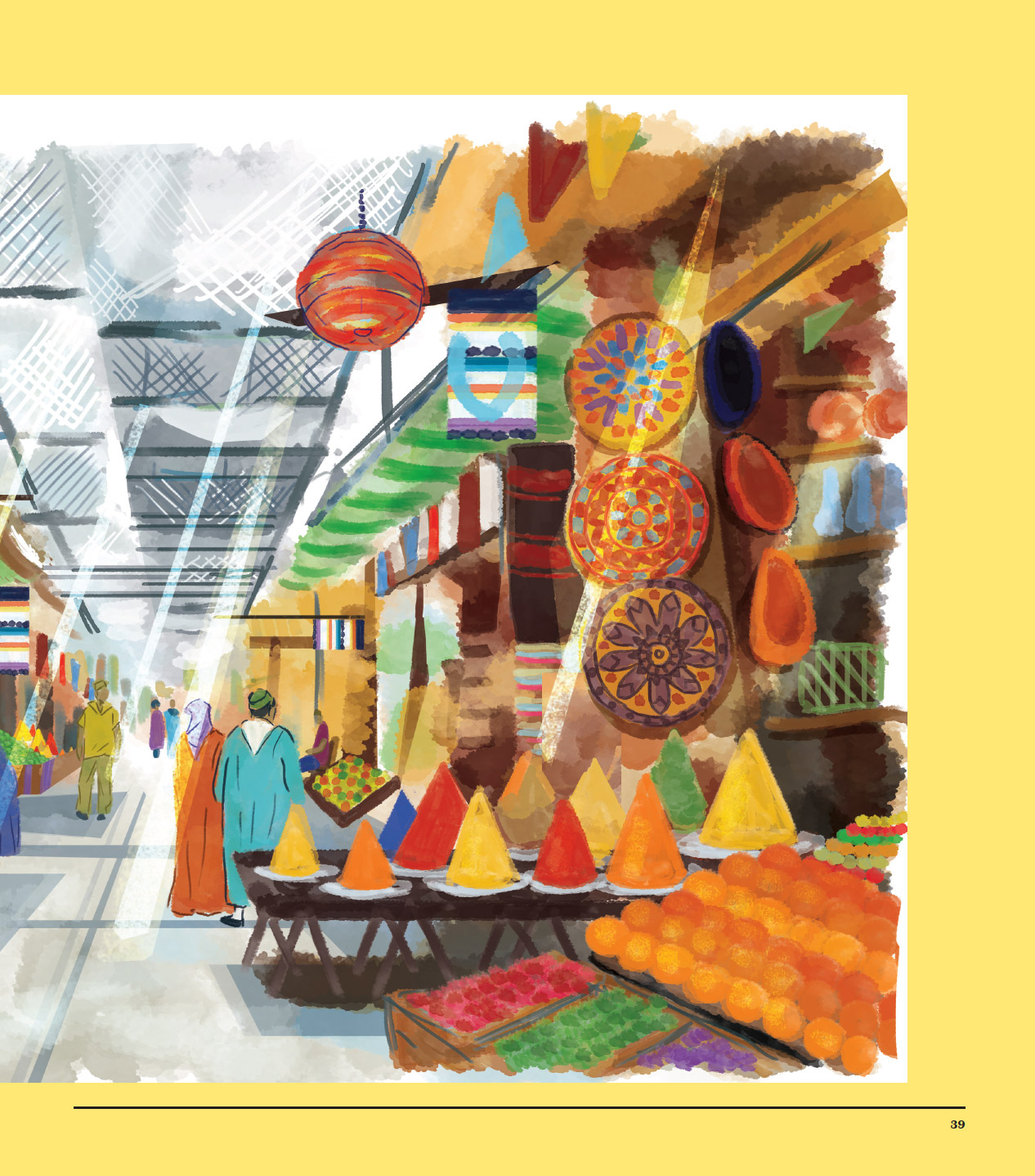 Morocco: A sweet taste of life

Fatima loves shopping in the market, crossing the city, weaving through the alleyways of the medina and stopping at her favourite stalls. Today, she is visiting the spice and olive market in the Habous district, otherwise known as the New Medina of Casablanca. As usual, the market is bustling with life and a plethora of sounds, the loud calls of the stall holders mingling with car horns and bicycle bells. In the air hangs the scent of orange blossom and powdered rose. Fatima loves gazing at the constantlychanging culinary pyramids, her nostrils twitching at their tempting fragrances, promising tajines and couscous dishes to delight the whole family.

But today has a particularly special flavour. Today, for the first time in years, Fatima is visiting the market alone. For once, her oldest son, Salim, is not with her. Secure in the knowledge that Salim is happily occupied, she is looking at an indigo jar full to bursting with juicy green olives when she hears a familiar voice.

– Salam alikoum Fatima!
She instantly recognises the voice of her old friend.
– Alikoum salam Zora!
The two women embrace.
– You’re on your own today? What have you done with Salim?
Zora knows how difficult it is for Fatima to leave her son home alone; although he is no longer a child. He has Down’s syndrome. She is used to seeing Fatima with her son at her side, wherever she goes.
– You know what? I still can’t believe it! Do you remember that association I told you about that looks after young people with disabilities? 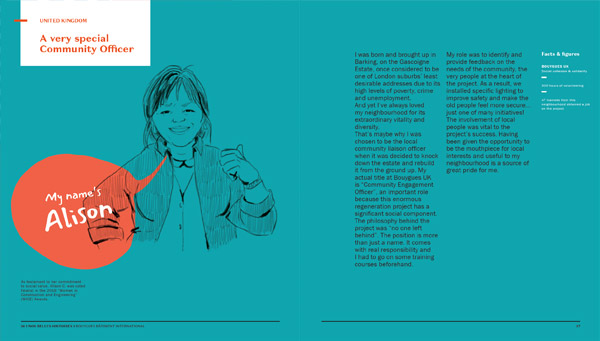 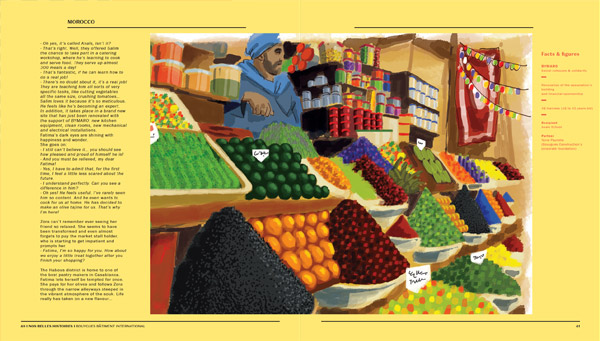