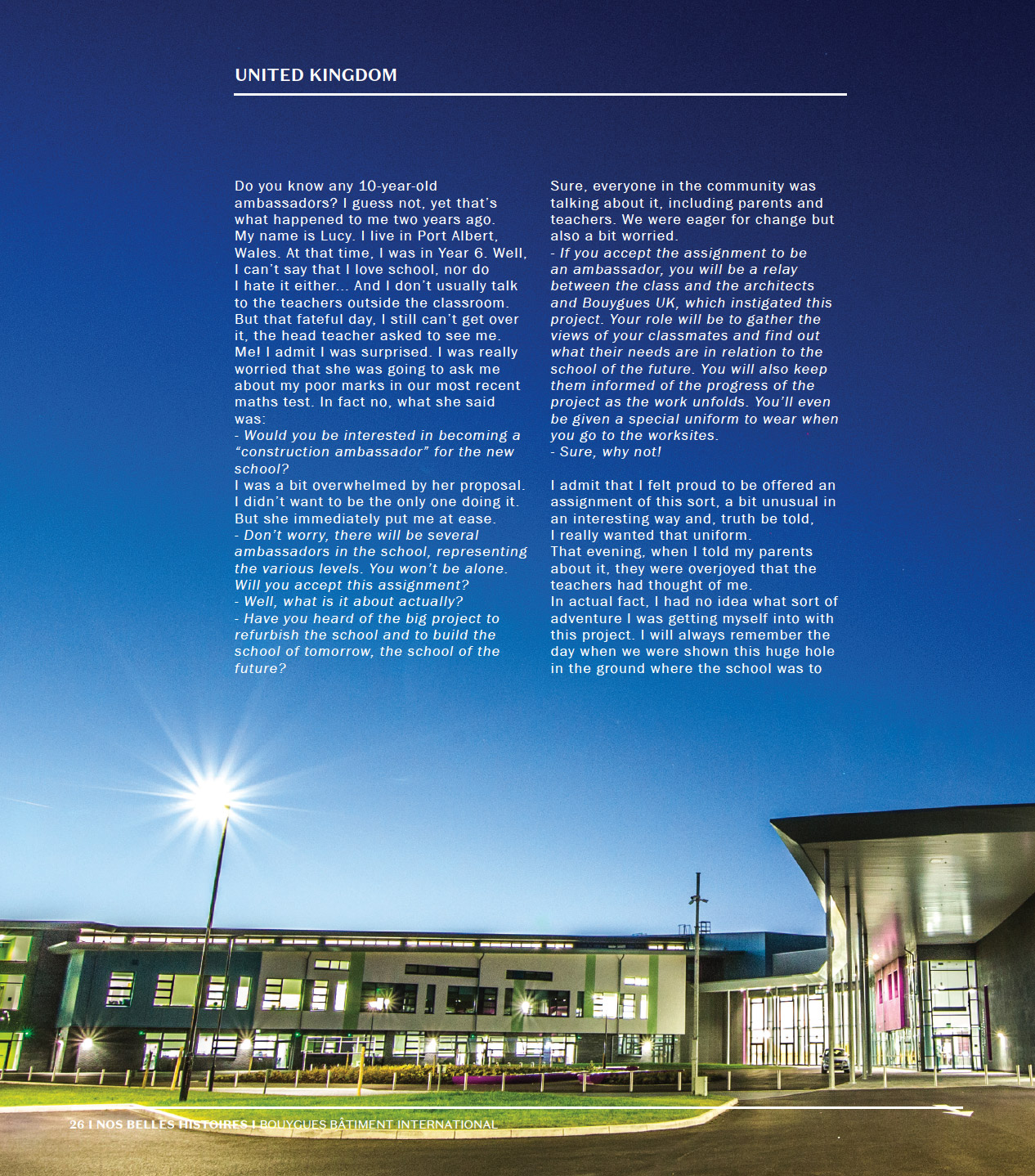 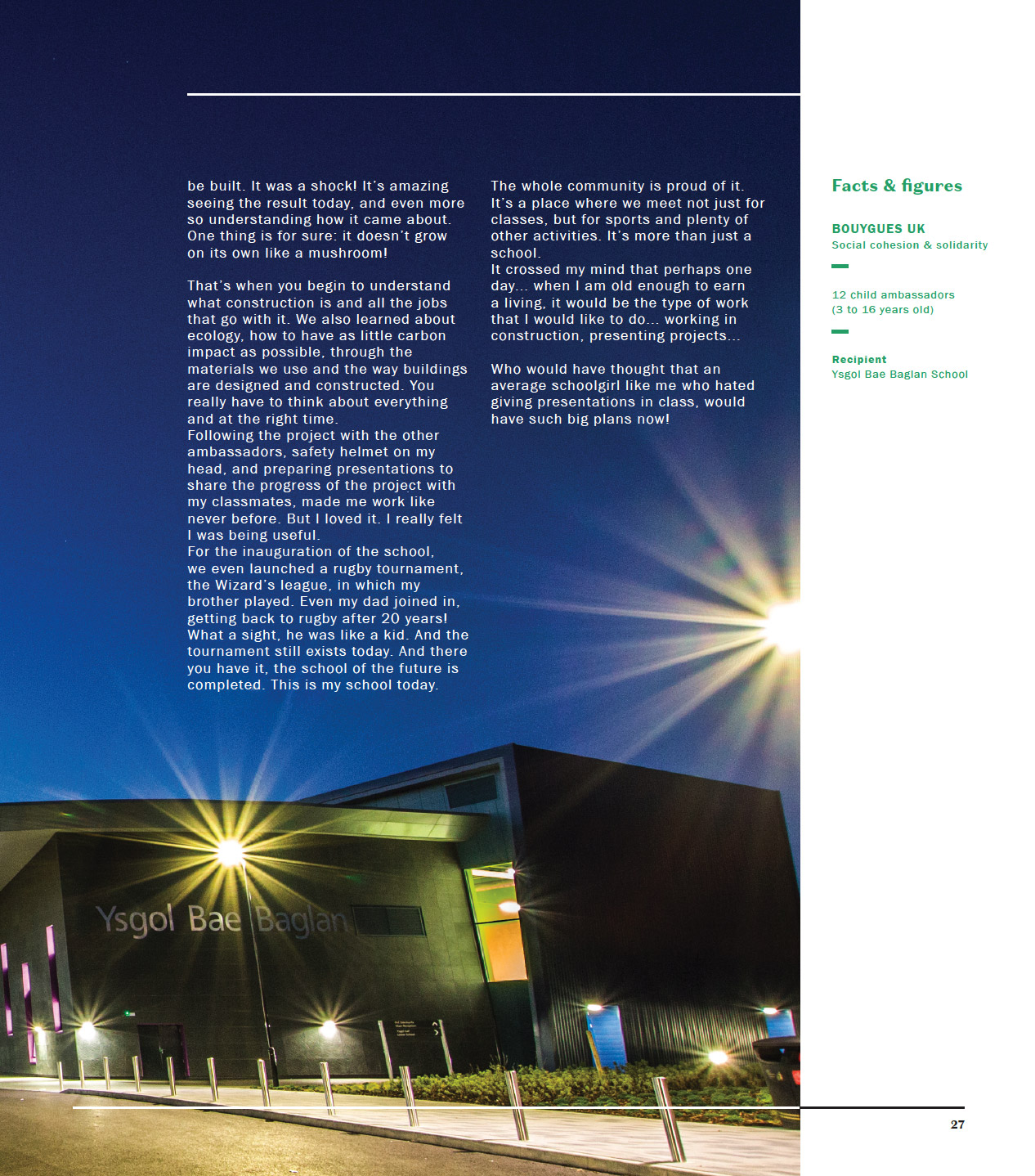 Do you know any 10-year-old ambassadors? I guess not, yet that’s what happened to me two years ago. My name is Lucy. I live in Port Albert, Wales. At that time, I was in Year 6. Well, I can’t say that I love school, nor do I hate it either… And I don’t usually talk to the teachers outside the classroom. But that fateful day, I still can’t get over it, the head teacher asked to see me. Me! I admit I was surprised. I was really worried that she was going to ask me about my poor marks in our most recent maths test. In fact no, what she said was:
– Would you be interested in becoming a “construction ambassador” for the new school?
I was a bit overwhelmed by her proposal. I didn’t want to be the only one doing it. But she immediately put me at ease.
– Don’t worry, there will be several ambassadors in the school, representing the various levels. You won’t be alone. Will you accept this assignment?
– Well, what is it about actually?
– Have you heard of the big project to refurbish the school and to build the school of tomorrow, the school of the future?

Sure, everyone in the community was talking about it, including parents and teachers. We were eager for change but also a bit worried.
– If you accept the assignment to be an ambassador, you will be a relay between the class and the architects and Bouygues UK, which instigated this project. Your role will be to gather the views of your classmates and find out what their needs are in relation to the school of the future. You will also keep them informed of the progress of the project as the work unfolds. You’ll even be given a special uniform to wear when you go to the worksites.
– Sure, why not!

I admit that I felt proud to be offered an assignment of this sort, a bit unusual in an interesting way and, truth be told, I really wanted that uniform.
That evening, when I told my parents about it, they were overjoyed that the teachers had thought of me.
In actual fact, I had no idea what sort of adventure I was getting myself into with this project. I will always remember the day when we were shown this huge hole in the ground where the school was to be built. It was a shock! It’s amazing seeing the result today, and even more so understanding how it came about. One thing is for sure: it doesn’t grow on its own like a mushroom!

That’s when you begin to understand what construction is and all the jobs that go with it. We also learned about ecology, how to have as little carbon impact as possible, through the materials we use and the way buildings are designed and constructed. You really have to think about everything and at the right time.
Following the project with the other ambassadors, safety helmet on my head, and preparing presentations to share the progress of the project with my classmates, made me work like never before. But I loved it. I really felt I was being useful.
For the inauguration of the school, we even launched a rugby tournament, the Wizard’s league, in which my brother played. Even my dad joined in, getting back to rugby after 20 years! What a sight, he was like a kid. And the tournament still exists today. And there you have it, the school of the future is completed. This is my school today. The whole community is proud of it. It’s a place where we meet not just for classes, but for sports and plenty of other activities. It’s more than just a school.
It crossed my mind that perhaps one day… when I am old enough to earn a living, it would be the type of work that I would like to do… working in construction, presenting projects…

Who would have thought that an average schoolgirl like me who hated giving presentations in class, would have such big plans now!

United Kingdom: Learning for the future (1/2) 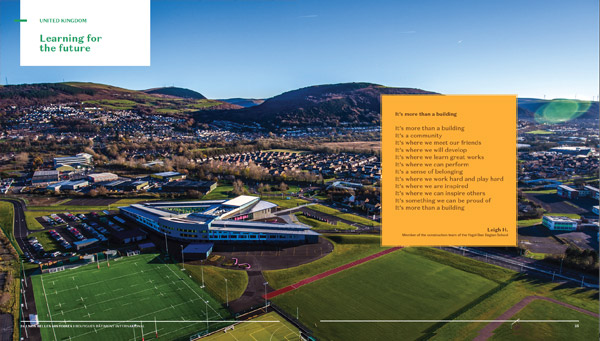 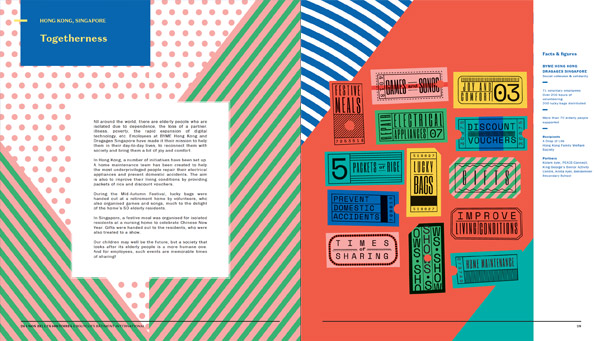